Ready for some lucid dreaming heresy? I don’t like Galantamine. It’s not that I doubt that it increases the chances of becoming lucid, I’ve had considerable success with it and scientific explanations as to how it functions are robust and plausible. It’s just a poor fit for me. I have a hard time falling back asleep after taking it, and the odd sensation of cats jumping on my mattress that it can produce certainly doesn’t help.

I wouldn’t discourage someone from taking it though. For those who fall asleep without issue and those who fall back asleep too quickly to work through an induction technique, Galantamine can be incredibly effective. Even if you do have trouble falling back asleep, Galantamine may not exacerbate that for you. Its capacity to boost lucidity certainly makes it worth trying at the very least.

The day could conceivably come when I, through meditation or other means, have developed the equanimity and mental detachment necessary to consistently fall asleep through the odd sensations and additional alertness that accompany Galantamine. However, until that day comes, I’ve found a compelling alternative for both lucid dream induction and enhancing the clarity and vividness of dreams: Calea zacatechichi. 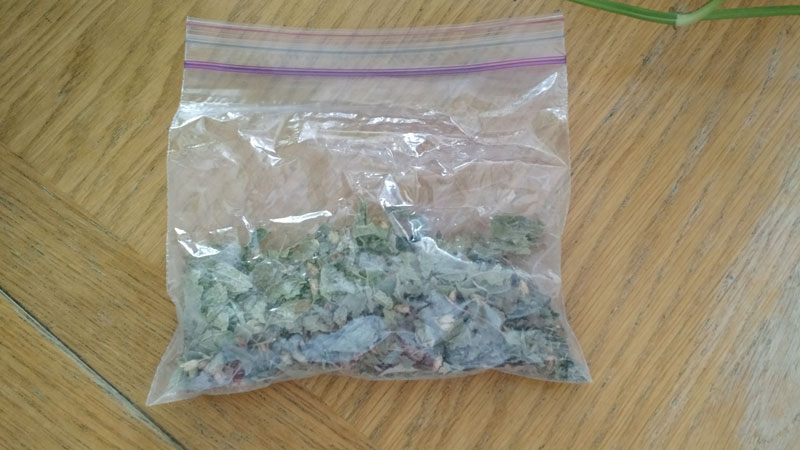 Calea zacatechichi (which I’ll be referring to as Calea Z for the rest of this post) is a species of flowering plant in the Asteraceae family. The USDA actually prefers the name Calea ternifolia for the plant, but it remains widely known in lucid dreaming circles as its former species name. In its native Mexico it’s used as an herbal remedy, as an oneirogen, and in shamanic practices by some indigenous peoples.

I am the proud owner of the bag of dried Calea Z pictured above. I’ve steeped it and drank Calea Z tea three times so far in a series of decreasing doses. The first night was memorable: I had a lucid dream, I woke up, wrote it down, fell back asleep, and had another lucid dream – my first that took place in outer space. I had a lucid dream the second night as well, but did not on the third night. Given the success I had, I wish had been more precise in recording the doses, but the results were definitely compelling.

There is an issue though: I didn’t set out to take it in a series of decreasing doses. My decreasing capacity to actually choke down the vile-tasting tea is what limited me to taking less and less of it the second and third times. I take a tremendous amount of pride in all the weird stuff I’ve consumed over the years, so I wanted to at least try it this way, but a review of other blog posts suggests that it’s also possible to obtain and consume Calea Z as a:

Regardless of how you intend to ingest Calea Z, my recommendation would to wake yourself up approximately 4 and a half to 6 hours after falling asleep, take your Calea Z, and fall back asleep while performing a mental induction technique. Dream worker Amy Cope suggests that the traditional way to take Calea Z is to do so right before sleep. I haven’t tried it this way yet, so I can’t comment other than to note that some accounts of taking other onierogens without having gone through several REM cycles first sound highly unpleasant (scroll down to “My Personal Experiences”). We appear to disagree on Calea Z’s palatability, but Amy’s post is worth checking out. It has the detailed instructions on how to make Calea Z tea that I used and she is a much better photographer than I am.

As always, please be careful when trying any substance for the first time, and get the opinion of a qualified health profession familiar with your conditions and any other substances or medications you are taking. I experienced no side effects, but you may. Reported side effects are rare, but include hallucinations, nausea, and vomiting. Reported allergic reactions are rare as well, but there have been a few.

Calea Z is not a federally controlled substance, but the state of Louisiana does place some restrictions on its cultivation. It is a controlled substance in Poland contained in the same list as opioids like heroin and hydrocodone. Erowid has some details and relevant links on the legal status of the plant.

I’ve come across one study from 1986 that suggested a pronounced in the subjective reports of dreams, but the study did not examine effects on lucidity. I hope the effects are rigorously studied in the near future, as my experiences and those of other lucid dreamers suggest it is a worthwhile substance to at least design experiments around. My subjective experience of the dreams I had after taking Calea Z was hugely positive. It felt like I considered a wider range of activities and visited a more diverse set of locations than I normally do in my lucid dreams. It felt like new possibilities were opened, and my skill at things like flying in my dreams was improved. 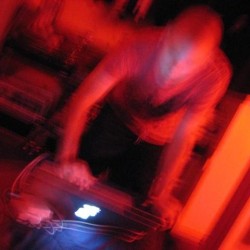 I'ma writer, editor, life coach in training, and recovering DJ. I never had spontaneous lucid dreams growing up, but became interested in the phenomena in mid-2013 to clear up some psychological gunk.

I now host a monthly lucid dreaming workshop in North Toronto and was apparently the first listener to ever reach out and comment on The Lucid Sage podcast. I had no idea!